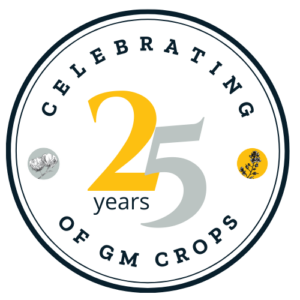 On National Agriculture Day we celebrate the enormous contribution Australian farmers make to our every day lives. #AgDayAU 2021 coincides with 25 years of genetically modified crops being grown across Australia.

Chief Executive Officer of CropLife Australia, the national peak industry organisation for the plant science sector, Mr Matthew Cossey, said, “Since 1996, GM crops have been a staple of Australian farming. The environmental, agronomic and economic gains they bring have been a key part of their success and growth over the last 25 years.

“This National Agriculture Day it is a good opportunity to recognise how fortunate the nation is to have some of the world’s best farmers. It’s also crucial that our farmers have access to new modern innovations like crop protection and biotech seed products that enable them to become even more environmentally sustainable and profitable.

“The introduction of GM technology on farms has improved integrated pest management allowing farmers to use water and pesticides more sustainably. In turn, this better management of pests has aided to slow pesticide resistance and reduce soil tillage which means less herbicide run-off through soil erosion and ultimately healthier soils.”

Mr Cossey continued, “Throughout the time GM cotton has been grown, yields have been up, butthe benefits don’t stop there. GM cotton fields have experienced increased populations of beneficial insects and wildlife, farm worker and neighbour safety has improved and labour and fuel usage is down. GM cotton varieties now account for more than 99 per cent of all cotton grown in Australia, delivering massive environmental improvements for the production of this versatile fibre.

“The incorporation of GM canola varieties into cropping rotations has also become an important tool for growers to not only reduce herbicide applications, but to maintain the quality of their soil, avoid pest and weed build up and maximise yield.

“In the past year the governments of both South Australia and New South Wales have overturned GM moratoria meaning farmers in all mainland states can benefit from the choice of growing GM crops.

“The theme for National Agriculture Day this year is #AgVenture, celebrating the multitude of careers in agriculture. Behind new GM crop varieties are teams of researchers, scientists and agronomists that spend years on these innovations. The plant science industry is proud of its role in building Australian agriculture and there are incredible opportunities in this industry for the next generation to embark on an #AgVenture. These days a job in agriculture can be in a world leading plant science laboratory as easily as it can be in a paddock.”

Mr Cossey concluded, “For a quarter of a century GM crops have played a significant role in Australian farming systems, allowing farmers to radically reduce their carbon footprint and better protect the health of their soil. As we celebrate 25 years of GM crops, we look to the future and the importance of continuing to leverage the benefits afforded by agricultural biotechnology to address the challenges of today and those we’re yet to face.”